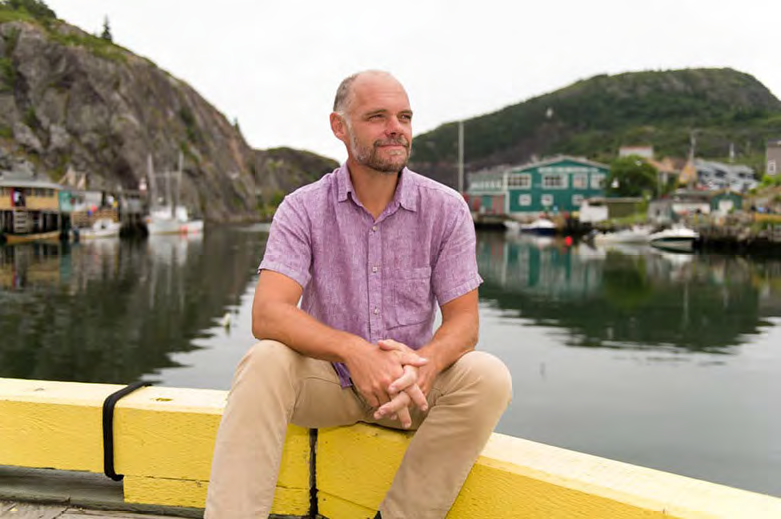 Op Ed for the online edition of the Memorial University Gazette, January 2016
by Sean J. McGrath

In spite of some promising—although non-binding—commitments from our elected representatives who met in Paris for the 2015 United Nations Climate Change Conference, we are miles away from the “ecological conversion” called for by Pope Francis in his extraordinary 2015 encyclical Laudato Si. The problem is no one knows how to get there from here. “Government alone is helpless,” Bruno Latour wrote shortly before the meeting, “it needs all its citizens in this effort.” How do you mobilize the entire human community to change its ways of living?

As Paul Gidding argued in his 2011 book, The Great Disruption: Why the Climate Crisis Will Bring On the End of Shopping and the Birth of a New World, we have already come to the end of ‘unlimited’ economic growth. Faced with disappearing natural resources, exponentially increasing climate change, and ballooning human population, we can no longer afford to live beyond the means of our planet’s ecosystems and resources. Economists and governments still talk of stimulating the sluggish global economy, failing to notice that while we remain dependent on fossil fuels, this stimulation is at the expense of the earth that makes human life itself possible.

Unfortunately, the solution is not simply a matter of “greening” our economy and weaning ourselves off fossil fuels. Nothing less than the end of consumer capitalism is required if the planet is to be habitable for future generations of humans, not to mention countless imperilled species of animals and plants.

The Republican Party makes an industry of climate change denial while the ‘developed world’ continues to shop, encouraged by governments anxious to keep the economic fires burning. No one knows how to overcome consumer capitalism or indeed, how to re-organize a global economy that is no longer based on the idea of growth.

One of the hurdles we face—and it may prove insurmountable—is a radical transformation in our thinking about ethics. We are accustomed to extending our ethical concerns to our fellow human beings, maybe even some of the animals we share the planet with. We include our children and perhaps our grandchildren in the orbit of our ethical considerations. But what climate change activists are hesitant to tell you is that the reductions they are calling for, the limitation of emission to 350 ppm or the confinement of global warming to 2 degrees above pre- industrial times—which will require immense economic sacrifice and a degree of collective self- limitation that we have perhaps never before seen—is not for the sake of our children’s children, it is for future humans who will likely not even remember our names. The reductions debated in Paris will have no effect on the next two generations of humans. James Lovelock has been arguing for a decade that our children are destined to suffer the effects of the greenhouse gas emissions of the last century, regardless of what we do now. It is the children of the 22nd century whose lives are at stake in our response to climate change.

The Future of Nature, a festival of ecological ideas held at Grenfell Campus and in locations in Gros Morne Park last September, was not about mobilizing activists or producing policy papers: it was about changing our ecological imaginary. No quick results can be expected where nothing short of a conversion is required. And yet something did happen on the West Coast of Newfoundland, if only for a few days: a community of concern was constellated, made up of scientists, academics in the humanities and social sciences, artists, and community leaders. The one thing we had in common was our love for this earth and our desire for an attitudinal shift at every level, from the local to the global.

The event was by design, trans-disciplinary: philosophers talked to scientists; sociologists talked to theologians; all talked to the public, made up of local people, aboriginal communities, and students from high school to the graduate level. No one had the luxury of remaining within the boundaries of his or her discipline. As a result, powerful alliances were forged among specialists who would otherwise never have met and a genuine conversation occurred. The visual and performing arts played a key role, bringing a non-propositional dimension to the academic proceedings and connecting the conference with the broader public. Most innovative of all, The Future of Nature: Gros Morne had a field component: busses, boats, and wilderness guides were deployed to introduce the group assembled to the ecology of the Bonne Bay and Gros Morne area, not only to witness to its beauty and power, but also to become more cognizant of its fragility and the special challenges it faces as the climate changes in the coming years.

From the 3rd to the 4th of March this year, Memorial University St. John’s campus, in collaboration with the Faculty of Arts and Queen’s College, will host a workshop in “Integral Ecology: Perspectives from the Humanities and Social Sciences.” The phrase “integral ecology,” is Pope Francis’: it refers to a total mobilization of all areas of human inquiry and creative activity for the sake of producing a plan of “care for our common home.” If there was ever a time for teachers, writers and researchers in the humanities and social sciences to make a contribution to the one issue that affects us all, it is now. For more information on the upcoming event contact Maria Mayr in German and Russian (mmayr@mun.ca) or Sean McGrath in Philosophy (sjoseph.mcgrath@gmail.com).